We very rarely get a lot of snow in this area of north west England. In December 2000 however we had the largest snowfall for well over a decade so I thought that I would show a few pictures of the garden in the snow. All the pictures were taken with fill in flash. Without this the forgrounds were all very dark as the snow was so bright in the sunshine. 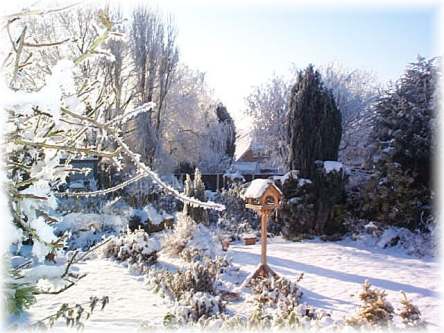 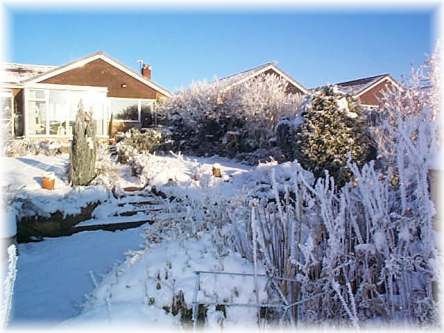 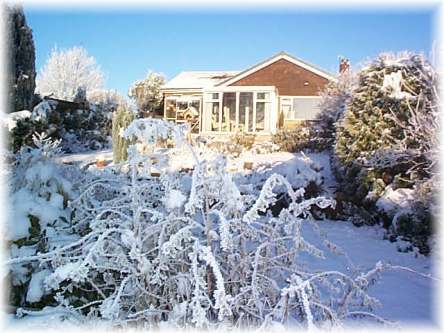 In addition to the snow we have also had very low temperatures (-10 degrees C). This will put the robustness of some of the less hardy plants in the garden to the test but we will have to wait until spring to find out if all have survived. There are a lot of half hardy plants over wintering in the cold frame as I have little room in the greenhouse. I covered these plants with fleece and have left the snow on the frame to act as extra insulation so hopefully at least some will survive.